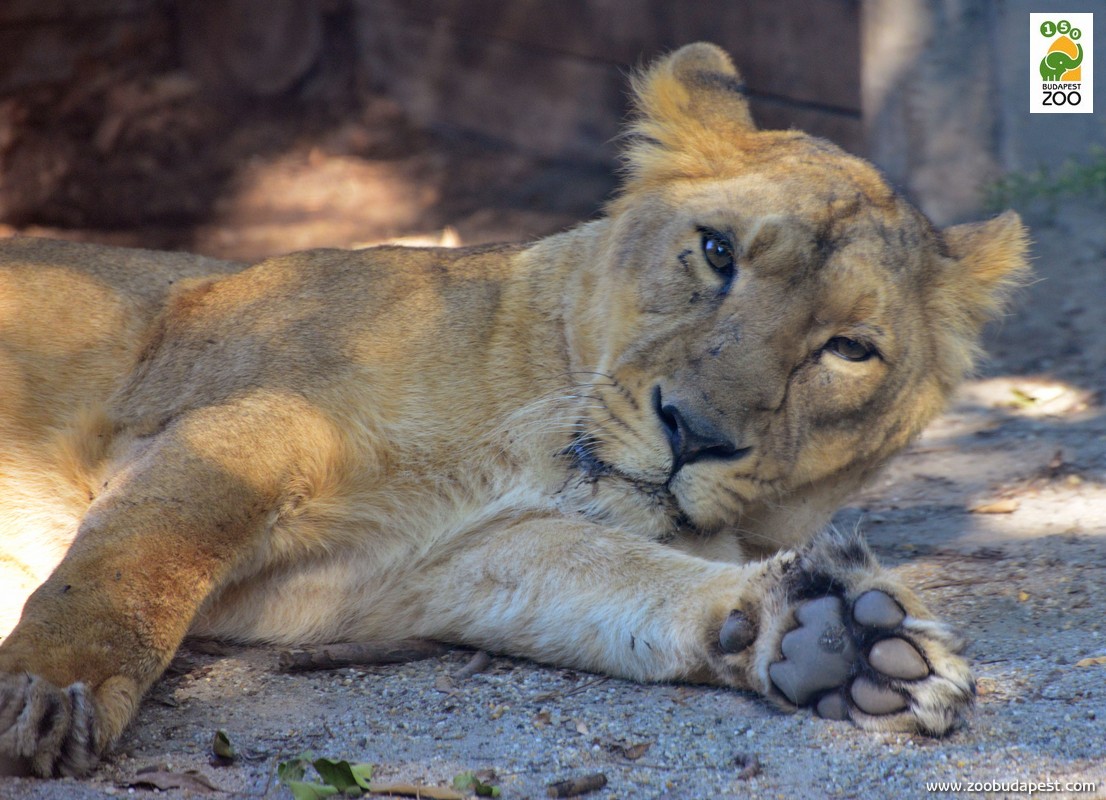 The India Zone in our zoo begins with the India House and lies to the yard of the dholes. The central building is called India House only since 2011 although it was already built in 1912 by the plans of Károly Kós and Dezső Zrumeczky What's more, some of the animal-house's walls may have remained of the old lion house designed by Alajos Hauszmann in 1886. The building itself used to be the home of the large predators for decades in our zoo and was mentioned as house of large predators or tiger house. There was a large-scale renovation in the mid-1990s, and further reconstruction works took place in 2010 and in 2011. From the animals shown here primarily the rare Indian lions are the most remarkable, but the striped hyenae indigenous animals in Africa and parts of Asia, also live here. Beside the living animals it is worth seeing the exhibition, which focuses on the flora and fauna of India and the relationship of human and nature. The Ashoka-Pillar in front of the building also reminds the Indian civilization and art.

Moving from the India House towards the Savannah Zone we can see animals from India or at least indigenous in India at every step. There live for example the red pandas or the red cat bears in one of the yards in the side of the Great Rock (Nagyszikla). Little further towards the Venomous House (Mérgesház) we can see the zebus, also originated from South-Asia. Opposite to them we formed a home for blackbucks. The area of the Great Rock, which used to be the home of the llamas and earlier the markhors now the home of the Indian wild-dog also called dholes.