Alondra, a female giant otter, had a few months of chewing on the fish prepared by caretakers at our Zoo but, as part of a resettlement programme, she is now doing the same with the prey in she catches herself in the Ibera National Park, Argentina.

We have been dealing with Brazilian giant otters since autumn 2014, for exactly five years. We already wrote about the beginnings a few days ago; this time we would like to draw attention to Alondra, the giant otter participating in a resettlement programme.

The Brazilian Giant Otter name is a bit misleading, as these animals are not only native to Brazil but also to several other South American countries. Among others, in some areas of Argentina, where they became extinct in recent decades. Recently, however, Argentine conservationists have decided to reintroduce giant otters to their former habitats.

Our female giant otter, Alondra, who has been living in our Zoo since 2014, was the first animal in the programme to travel to Ibera in the Corrientes Province this spring as part of this reintroduction programme. The Iberá National Park (Parque Nacional Iberá) was created last year In part of the extensive wetland habitat, with covering more than 183,000 hectares. Iberá has a rich variety of fauna, including 125 species of fish, 40 amphibians, 63 reptiles, 347 birds and 66 mammals. There are giant anteaters, jaguars, maned wolves, long-tailed otters, collared peccaries, marsh deer, pampas deer and red-and-green macaws. The giant otter was originally native to that area, but it became extinct decades ago.

As an element of the first part of this resettlement programme, professionals searched for suitable animals in collaboration with the European Zoo and Aquarium Association and its giant otter breeding programme. This means that zoo-born specimens will be resettled. Our Alondra became the first animal in the programme; she has been living in Ibera, the heart of the national park in San Alonso, for months, and is being accustomed step by step to the wilderness. By the way, this is going very well, and even though Alondra and even her parents and grandparents were born in a zoo, she catches fish as skilfully as if she had always acquired food in this way. In this short film shared by CLT Argentina (Conservation Land Trust), we can see Alondra eating her well-deserved catch. The habituating enclosure, which was created by fencing a portion of the natural habitat to bring the animal back into the wild, also appears in the film. 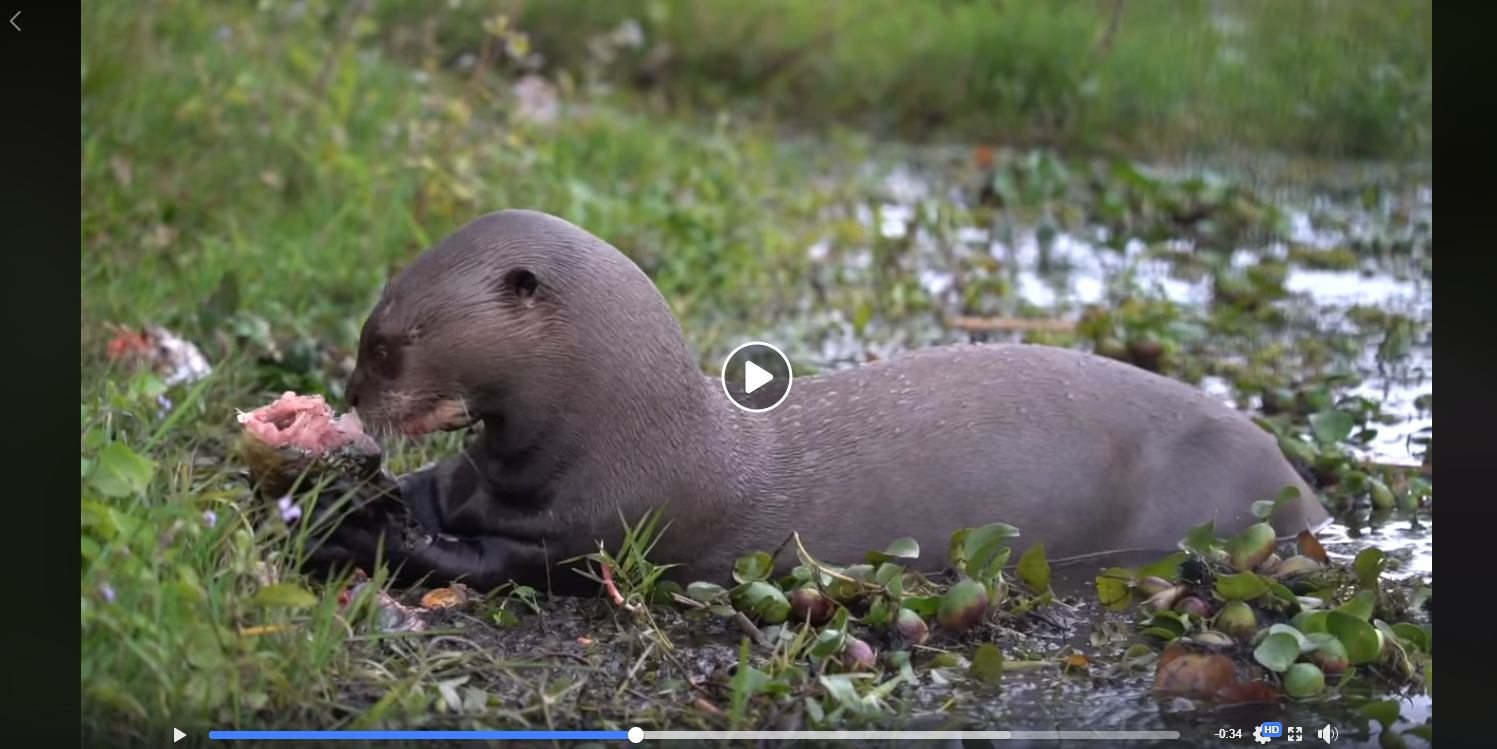