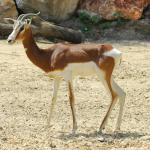 The oldest mhorr gazelle in the worldOctober 8, 2019 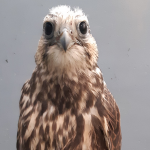 Felix, the Saker falcon that had fallen out of the nest, had both legs broken when he came to us, but he was fully healed, and the fully recovered bird has since returned to his natural habitat. 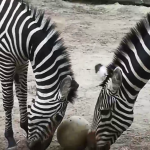 In our latest short film, we show that the zebras also like a game of football. Of course, only with a ball specially designed for them, inside which delicacies may even be hidden. This is also a method of enrichment. 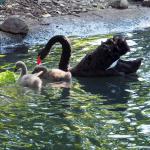 Fluffy chicks with the black swansSeptember 9, 2019

Three fluffy nestlings are growing up with the black swans living next to the Australian House. Of course, the five-week-olds are not black yet, but are light in colour. 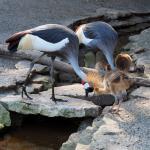 The crowned crane chicks have grown a lotAugust 29, 2019

The grey crowned crane chicks are almost a month old. Mami and Papi are now teaching them what is edible and what is not. This species is endangered in its native country, so their breeding in the Zoo is also important from a conservation point of view. 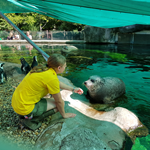 Feeding time with Harbor seals and African penguins takes place at 10 a.m. and 4 p.m. every day. It is not only feeding that can be seen at this time, but also how the carers deal with the animals.

New animals, including the whitetip reef shark and grey reef shark as well as zebra sharks, have arrived at the Shark School, where visitors have the chance to see the representatives of six different shark species. 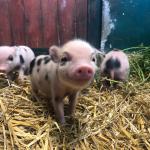 Piglets of Minnesota minipigs were bornJuly 17, 2019

The Minnesota minipig - as shown by its name - is a tiny animal by nature. Not to mention its piglets! Pötyi, the farrowing sow, has recently given birth to eight piglets. You can see these animals in the Once Upon a Time Castle. 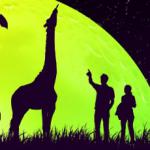 The Zoo Night will be held this year in the evening of August 30th. It is worth hurrying to buy a ticket for two reasons: tickets are only sold in a limited number this year, and, what is more, we offer a variety of discounts. 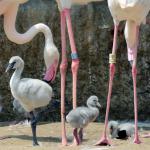 So far, 14 fluffy flamingo chicks have hatched and their parents are still incubating some eggs, so more chicks are expected. Our Zoo has one of the most populous and successful hatching flamingo flocks in Europe.