The Budapest Zoo not only has a rich past but also a bright future. For the first time in its history, the garden's territory has been able to expand significantly, with new areas including a new five hectare exhibit complex, Pannon Park, and its central structure, the 1.7-hectare Biodome, which is to be envisaged essentially as an indoor park.

From the Second World War to the early 1990s, there were only very limited opportunities to develop and modernise the Zoo. Therefore, at the time of the fall of the Iron Curtain and the change of regime in Hungary, the Zoo was in a very bad, outdated condition, despite the efforts of a dedicated team of professionals. In the mid-1990s, work began on the reconstruction and modernisation of all facilities in the classic area of the Zoo (which had been part of the Zoo since its opening, that is, since 1866). The old, patinated animal houses are once again shining in their original beauty and, in parallel with the reconstruction of the listed buildings, the animal accommodation has been transformed to meet the requirements of this age and the biological needs of the animals. These developments were also welcomed by the general public, as they gave visitors a lot more experiences and, thanks to better opportunities, the Zoo achieved many professional successes, such as keeping and breeding endangered or rarely breeding animals. 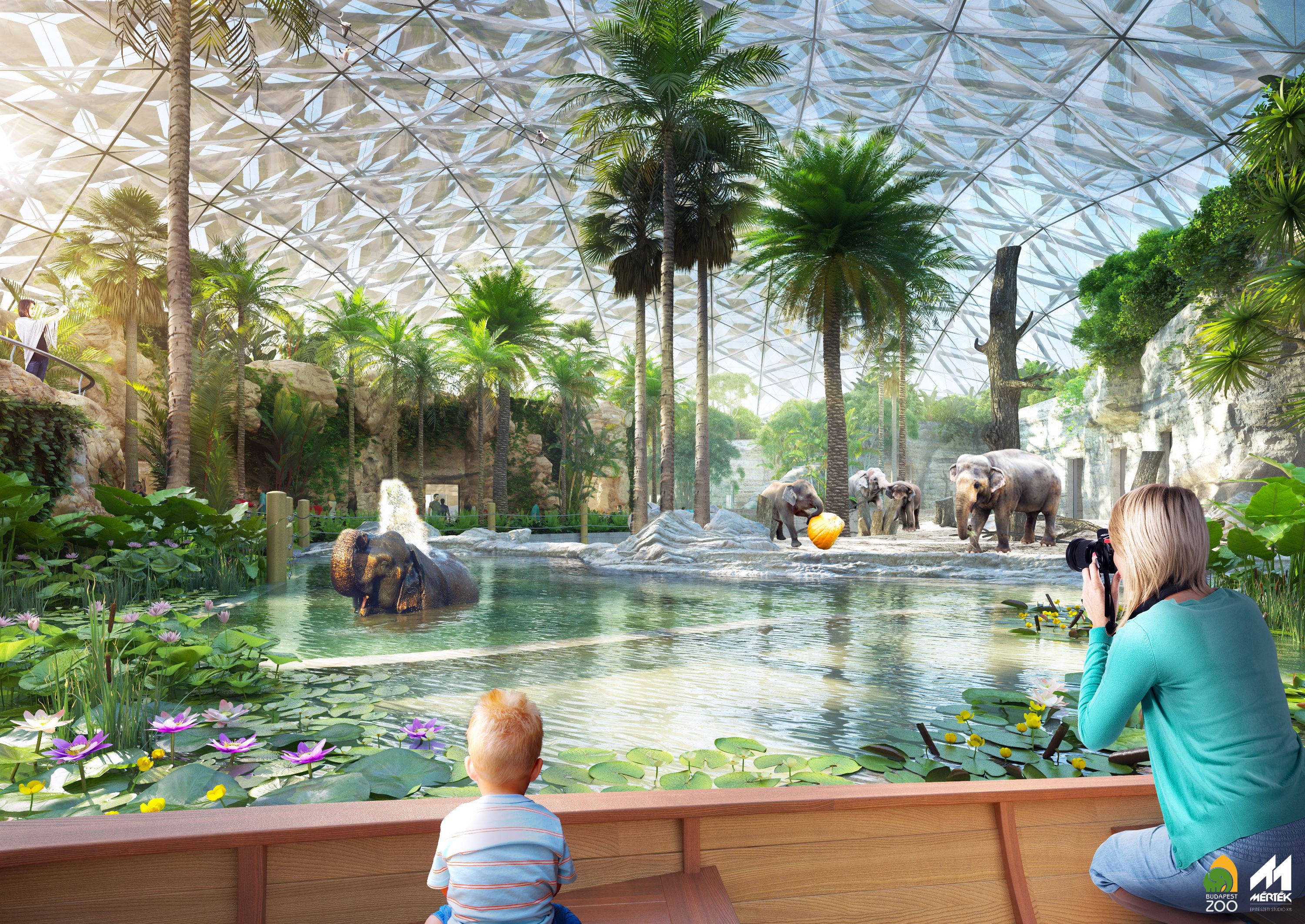 However, one difficulty persisted: the scarcity of space. When the Zoo was established, 18 hectares (44 acres) were originally designated for the institution, but over time, smaller and larger areas were taken away, so that after 90 years the Zoo's territory had shrunk to barely 11 hectares (27 acres) and then it remained so for more than half a century.

The Zoo had to wait until 2014 to expand, for the first time in its history. In several steps, the territory of the garden was expanded by a total of about 8 hectares (20 acres), opening up new opportunities for the development of the Zoo.

Some of these new areas had been taken away from the Zoo in the past, and returned to us more than a hundred years later. However, for the first time, most of the area belongs to the Zoo. It is obvious, therefore, that significant improvements are needed in these areas in order to transform them into zoo.

The experts of our zoo, in agreement with the management of the Budapest Metropolitan Authority, which maintains the institution, carefully considered what developments would be worthwhile in the new areas. They considered the possibilities offered by the classic territory of the Zoo, the features of the new area, the needs of the general public and, of course, the global trends in leading zoo developments. As a result, the professional content of the development ideas was developed, and the Government's support was successfully won for it.

The largest development in the new areas is the development of the Pannon Park exhibit complex. The presentation concept is quite unique, because we want to revive the Miocene wildlife that was present in the Carpathian Basin 10 to 12 million years ago. At that time, in part of today's Hungary, a sea was waving, with varied coastlines, archipelagos, and inland areas with a subtropical climate, slightly warmer then today. The waters were populated by sharks and sea cows; the land by ancient Elephantidae, rhinos, anthropoids and many other interesting animals. Of course, these prehistoric animals disappeared millions of years ago. However, their contemporary counterparts, relatives and descendants still live to this day, though usually in remote lands. In Pannon Park, the public can see these animals in a exhibit complex, recalling what it was like in the Pannonian wild forests 10-12 million years ago. 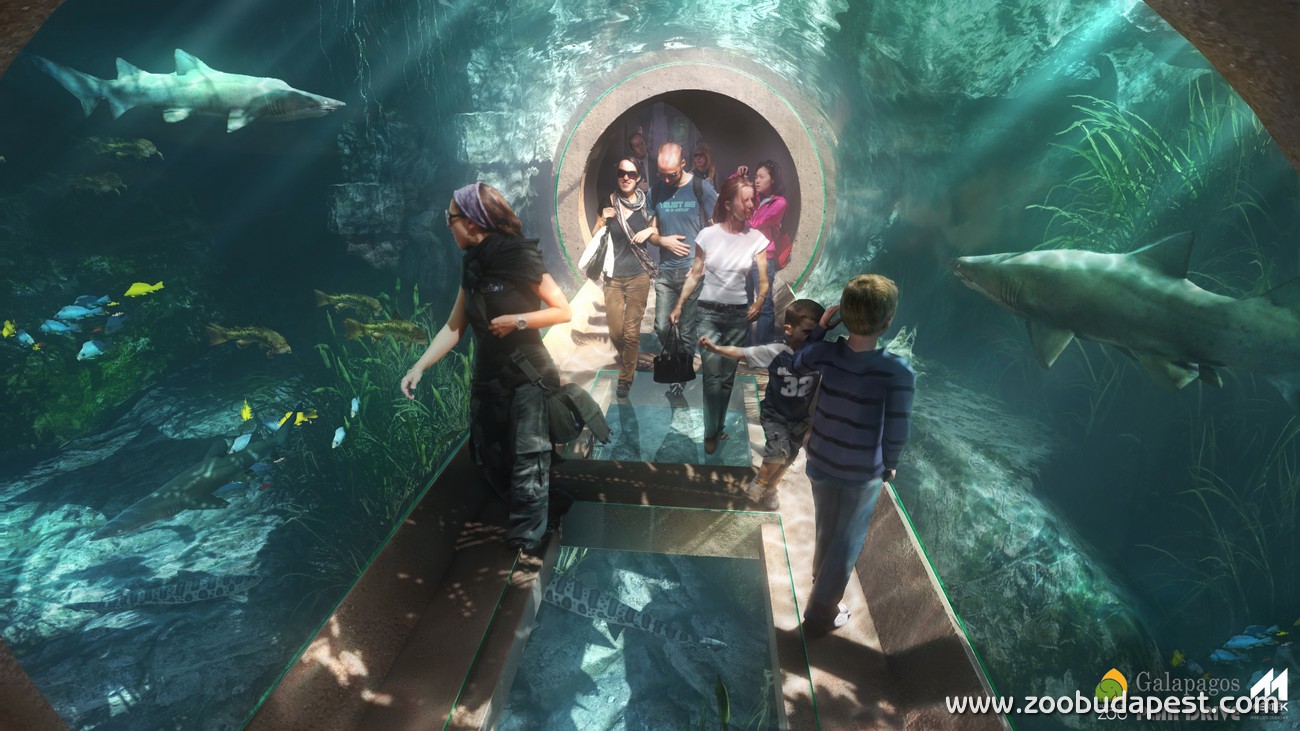 Of course, the five-hectare complex will have plenty of spacious outdoor paddocks. However, the interiors will not consist of several smaller or larger pavilion-like scattered animal houses, but by a single large central structure, the 1.7-hectare Biodome. This building will be covered with a light-transmissive ETFE foil membrane, and its interior will be designed as an open-air zoo exhibit space, with promenades, parks, animal enclosures, just "under glass", protected from the weather. In the Biodome of the Pannon Park, a large marine aquarium will evoke the world of the former Pannonian Sea, with a huge shark pool, sea cows and many other attractions that the public could never see in a zoo in Hungary. 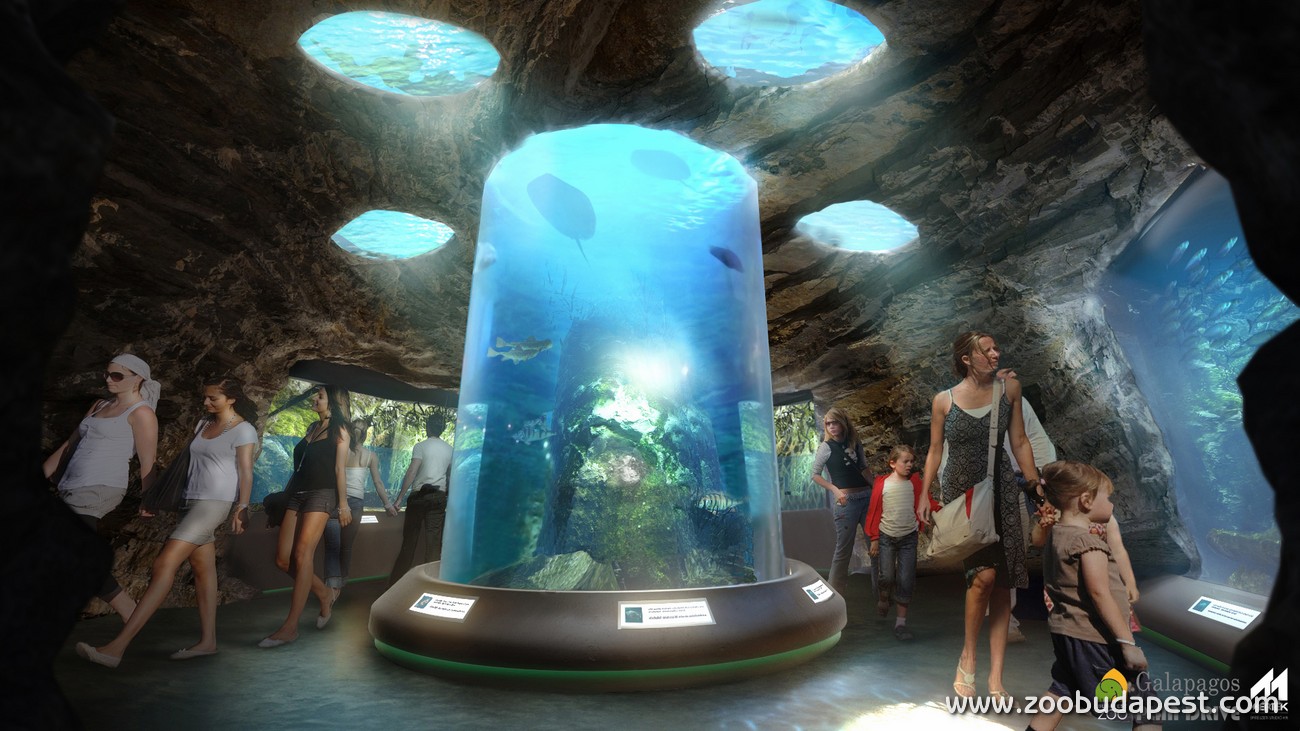 During the design of the facility we paid great attention to environment-friendly solutions. In the classic area of the Zoo, a system has been established many years ago, whereby we can provide the heating of the animal houses mainly with the waste heat from the thermal waters of the neighbouring Széchenyi Spa. The heating of the Biodome will also be similar, with even more environment-friendly solutions.
The design work on Pannon Park had already started in 2014, and after the preparatory work and the necessary procedures were completed, construction began in the autumn of 2017. Construction work is expected to be completed in 2020, followed by landscaping, interior design, planting and animal repopulation. The new exhibit complex is expected to open to the public in 2021.