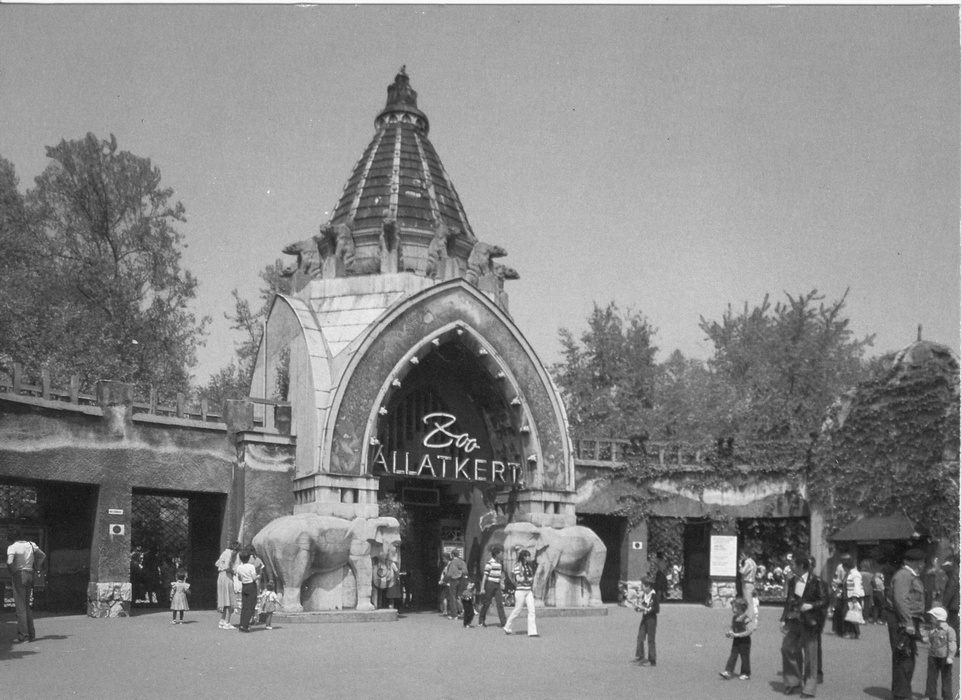 The Budapest Zoo and Botanical Garden is one of the oldest in the world with its almost 150 years of history. The first idea of the foundation dates back to 1820-30s but the 1848-49 Revolution and War of Independence and the era of Opression did not favour the idea of founding a zoo in Hungary. Finally, the initiation of a group of patriots took form in 1866 and the first Hungarian Zoo opened its gates to the sound of the midday bell on August 9th. Among the founding fathers were the geologist József Szabó, Ágoston Kubinyi, the Director of the National Museum, József Gerenday, the Director of the Botanical Garden of Budapest and most importantly János Xántus, a recognised zoologist,  ethnographer and the first director of the Budapest Zoo. Besides Hungarian species the zoo housed several rare species of monkeys, lemurs, parrots, camels, kangaroos and other special animals. It had neither lions, nor tigers or elephants at that time. The first giraffe arrived two years after the opening in 1868. It was donated to the Zoo by Franz Joseph with Queen Elizabeth's intervention.

Further developmental milestones were the opening of the first Lion house in 1876 with lions and tigers. An elephant, a hippopotamus and a rhinoceros joined later on.

However, some financial problems arose as the expenses of the company founded by the scientist patriots to run the zoo regularly exceeded revenues. Therefore the corporation was transformed into an animal and plant naturalizing company in order to obtain more donations. After several personal changes Károly Serák was mandated zoo director in 1873. He directed the zoo for three decades and during that time the revenues were sufficient to maintain the zoo. He invited several artists such as tightrope dancers, fire eaters, sword swallowers and shooting phenomena which attracted masses of people. Unfortunately the authorities began to consider the zoo a source of revenue and increased the rental fee, so the company went bankrupt after the Millennium in 1896. The zoo did not cease to operate, however: it was taken over by the capital city, Budapest in 1907. What's more, more than four million gold crowns were spent on a complete reconstruction thanks to the city developing program of the mayor of the time called István Bárczy. The reconstruction took place between 1909-1912 when the zoo was closed. It was reopened on 20th May 1912 with a new director called Adolf Lendl, a zoologist, who was also in charge of the professional management of the reconstruction. Most of the historic buildings of the park were to open at that time as well. The institution was one of the most beautiful and modern zoos in Europe.

However, the development was interrupted by the First World War and the subsequent economic crisis series. Although some major improvements were made in the 1930s under the management of Herbert Nadler the zoo was almost entirely destroyed in the Second World War: none of the animal houses remained intact with only 15 surviving animals from 2000 specimen after the siege of Budapest. The zoo reopened on May 1st, 1945 with a mere few dozen animals and dilapidated buildings. The war damage was restored step by step in the following years and there was a major modernization and development in the 1950s and 1960s. Most of it was carried out by Csaba Anghi Director General, a dedicated horticulturist and zoo disseminator. Zoo professionals' work and the events of the 1970s and 1980s were primarily determined by the strict limitations to economic and social realities of the age. Thus the zoo was very much in need of complete renewal during the change of the political regime around 1989. This process began in 1994 when Miklós Persányi was appointed Director General of the institution. In the years to come the historic buildings - which contribute to the unique atmosphere of the zoo known worldwide - were reconstructed under the guidance of Vilma Bogsch between 2003 and 2007 and the old buildings can now be seen in their antique splendour. In the meantime the animal habitats have been modernized, enlarged and made to look more natural and aesthetic. The reconstruction affected every nook and cranny of the zoo. Professional success  followed suit, the first rhinoceros ever to be born with artificial insemination was born in Budapest Zoo in 2007.

The Budapest Zoo and Botanical Garden will celebrate its 150th anniversary in 2016. Our zoo experts have been working hard on making this wonderland an even more magnificent place. The zoo has recently been granted a new territory for the first time in its history which is of special importance: as much as one third of its area had gradually been taken away in the last couple of decades. Now it is time for expansion. If all goes well, most of the developments planned in the new area can be realized by its 150th birthday.