On Wednesday May 22, the day began with an unusual breakfast with the gorillas. The members of the gorilla team shared their breakfast at "common table" with friends and colleagues of our Zoo, drawing attention to recycling mobile phones. 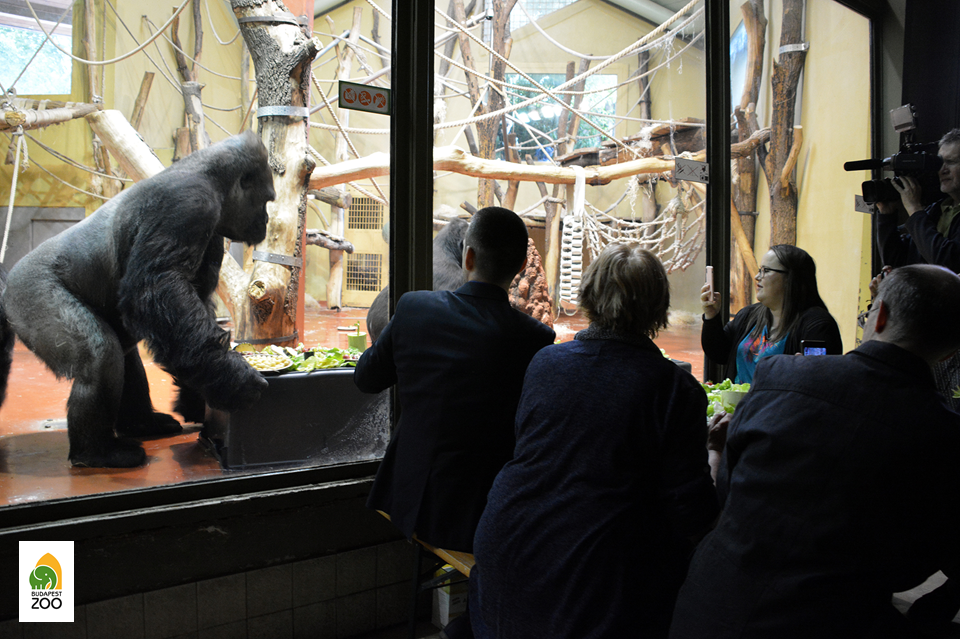 On Wednesday and Thursday, almost all the media reported on the extraordinary breakfast, held on the morning of May 22, with gorillas and people having breakfast at "common table". Of course there was the glass wall, on one side of which were the members of the gorilla team, and on the other side our friends and the enthusiastic supporters of the Zoo Foundation, Andrea Balázs and Kristóf Németh, as well as the meteorologist István Véber, and András Kádár, managing director of Jane Goodall Institute, Éva Montskó, head of the Zoo Foundation, István Vidákovits, head of our department responsible for keeping the apes, and Tímea Burzukné Borsos, who represented the gorillas' caretakers.

Of course, this extraordinary event would be interesting in itself, and also enabled a lot of exciting recordings to be made, but the main goal was to draw attention to the importance of selective collection and recycling unused, discarded mobile phones that are no longer used and destined to be thrown away, which also affects gorillas closely; as well as to the mobile phone collection campaign announced by our Foundation, together with the Jane Goodall Institute, under which the school group that gathers the most of these devices can win a gorilla adoption and a zoo walk.

Everyone knows that apes, such as gorillas, are becoming increasingly scarce in their natural habitat. There are several factors that threaten them, but many of these problems are caused by the shrinkage and transformation of natural habitats. The main driver of this process is the hunger for arable land and the demand for mined raw materials.

This issue is linked to mobile phones in that mining for many of the materials used in the manufacturing of such devices, such as coltan, the metallic ore of tantalum, seriously 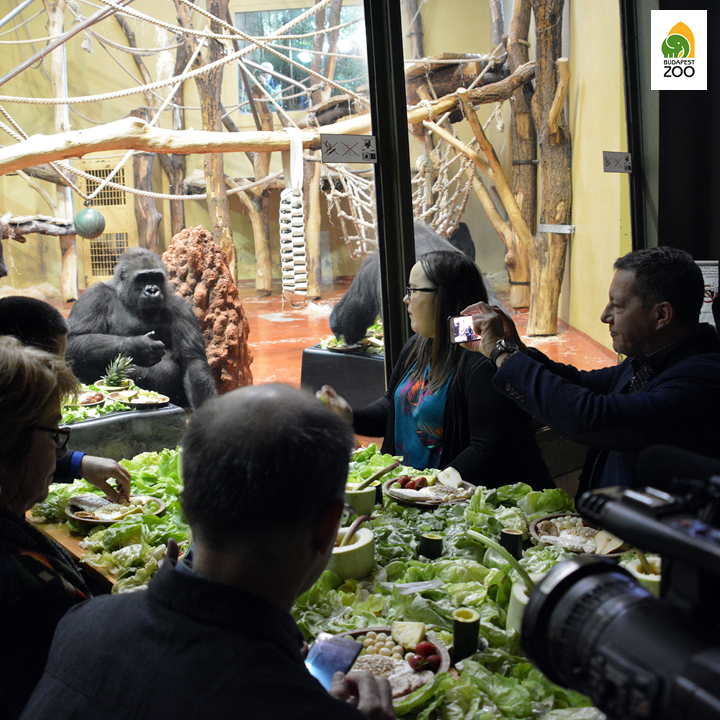 Of course, nobody says we should not use cell phones. But if we think about there being more than 5 billion mobile phone users around the world today, who change their phones regularly, usually every few years, then we can see how useful it would be for newer mobile phones to be based on recycled raw materials from used equipment, as far as possible, rather than from newly mined ones. As such, the selective collection and recycling of mobile phones is something through we can give help from here in Hungary for gorillas, chimpanzees and other animals living in the wild.

For this reason, one of our partners, the Jane Goodall Institute, announced the launch of its mobile phone collection scheme "Get Back, Bro!" The devices collected are processed to extract their recyclable raw materials.

Our Zoo Foundation has also joined the initiative, announcing a competition for school classes, in which every month we reward the class that has collected and delivered the most unused discarded devices to our Zoo Foundation. Details of the mobile phone collection campaign can be found here. This action was launched in April, and a few days later, the first packages containing collected devices had already arrived.

We have been keeping gorillas in the Budapest Zoo since 1989. We not only keep them because their presentation is instructive from the point of view of disseminating knowledge but, for example, also for reasons of nature conservation. We have already been successful five times in breeding these rare primates; the last one, little Indigo, born in December 2017, is now one of the most popular inhabitants of our Zoo. However, it is not only the breeding programme for international conservation purposes that is important for nature conservation. After all, gorillas living in our country are also the ambassadors of their wild counterparts. Their presentation is thus linked to the promotion of protecting gorillas and other species sharing the habitat with them. For example, through initiatives such as the current mobile phone campaign, which, in the recent years, already had some history at our Zoo.

Do you wonder what has happened recently at the Zoo? Click here to read more news.