Voting for the name of the three-banded armadillo pup has closed. Out of the four possible names, the most votes were cast for Taco, so this was the name also registered in the official documents as the name of the already one and a half month-old animal. 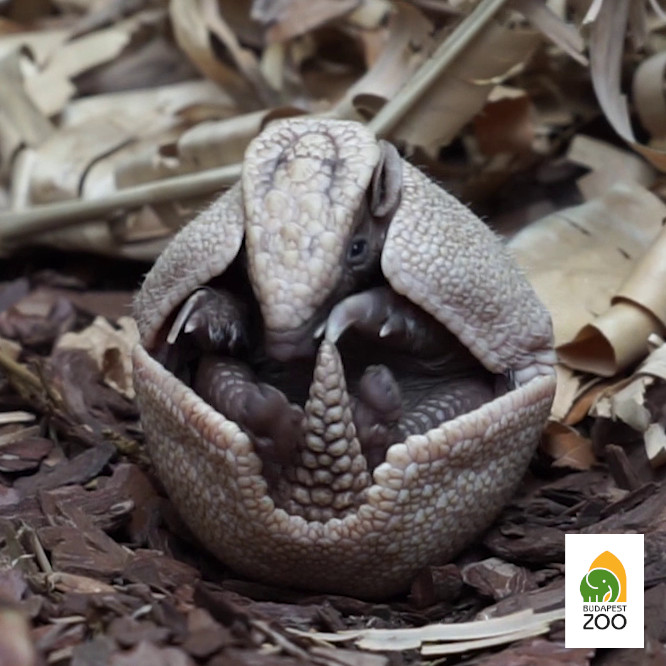 The recently born Southern three-banded armadillo was named Taco. The public was there to help us in selecting a name. Namely, four pre-screened names were put to the vote for an entire week. Out of these names, Taco received the most votes; the other three optional names, in the order of the number of votes cast, were Gömbi, Luna and Bubble.

Therefore, based on the outcome of the vote, the baby is registered in the official documents under the name Taco. It can be said about the origin of the name, of course, that it comes from the name of a meal of similar name (Taco's brother, Brioche, was named after a meal last year). This meal - that is, the taco - is of Latin-American origin, like most armadillos, and in a taco the stuffing is surrounded by the folded tortilla similarly to how the armour covers the curled-up armadillo's body.

Most of the zoo animals are usually given names. Not all of them, of course, because, for example, in the case of all specimens of an insect crop, this would be rather difficult to implement. But all of our more emblematic, individual animals are given names. In principle, the name may be of two kinds, the pedigree name, with which the animal is listed in official documents, or the name that the animal keepers use to address it. In practice, however, the two names are usually identical.

Names may be given in several ways. Either the animal's caregivers give names to their protégées, or sometimes animals may be named by zoo foster parents, who symbolically adopt them. Occasionally, we may also ask the public for help in naming an animal. In this case, you can usually vote for pre-selected names, and the animal will eventually get the name that receives the most votes. Amongst the inhabitants of our zoo, Remba the zebra, Indigo the gorilla, Arun the elephant, and Sauda the giraffe calf were named in this way, for example.