Koalas can be seen in very few zoos outside Australia. It is only in Europe and North America that the stock of live koalas in zoos is growing and the circle of zoos in which Koalas can be found is expanding. 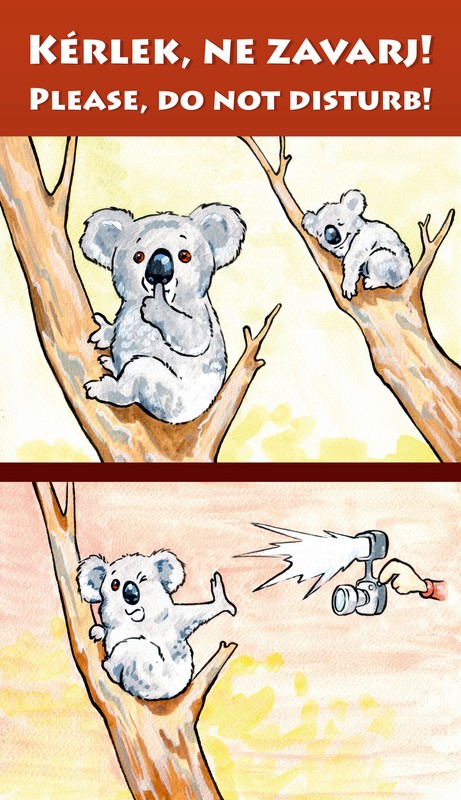 Very strict professional standards must be met to begin keeping koalas. Only those zoos which have already proved successful in previous projects, especially those concerning Australian fauna, as well as marsupials, in terms of care, presentation, and breeding, can participate. In addition, keeping koalas is quite a difficult and complicated task. Getting a supply of food is not easy, as the koalas’ main diet, eucalyptus, is hard to come by in our climate. For our koalas, for example, a large part of the eucalyptus they eat is grown in the south of England. Fresh eucalyptus is regularly transported by air with DHL, the koalas’ main sponsor. However, we also have our own greenhouse, where we grow eucalyptus as a “safety net”. The situation is further complicated by the fact that, of the more than hundred known species of eucalyptus, there are only about fifty that the koalas will eat ...

Great care has also been taken of how the koalas are accommodated. In addition to the custom-designed and built Koala House, a smaller runway is also available. The Koala House contains enough space for two enclosures which can be opened into one if necessary. However, as there are currently two males on display, in the first period they will surely be separated, because they are not likely to be too friendly towards each other.

Of course, we know that there are many who would like to receive special permission to be too close to these seemingly charming animals. However, the Australian authorities said that the health and welfare of the animals must be ensured and strictly stipulate that participating zoos allow only the designated staff and the zoo’s veterinarians to enter the koalas’ enclosure.