Right to the main entrance, the walkway leading to the Madagascar House is lined by statues on both sides. These are the busts of the former illustrious directors of the Zoo, standing in chronological order and thereby forming a memorial footpath. The stone and bronze busts of five directors altogether have been erected here, with copper plates reading a text evoking the age when the particular director was working.

The first past director to be given a statue in the Zoo was Adolf Lendl, whose statue, originally standing on the slopes of today’s Rock Garden, was unveiled in 1965. Later the statues of three more directors were unveiled, originally erected at the sides of the Main Gate square. Then in 1996, by relocating the existing four statues to their current location and adding a fifth one, the current memorial footpath was created. 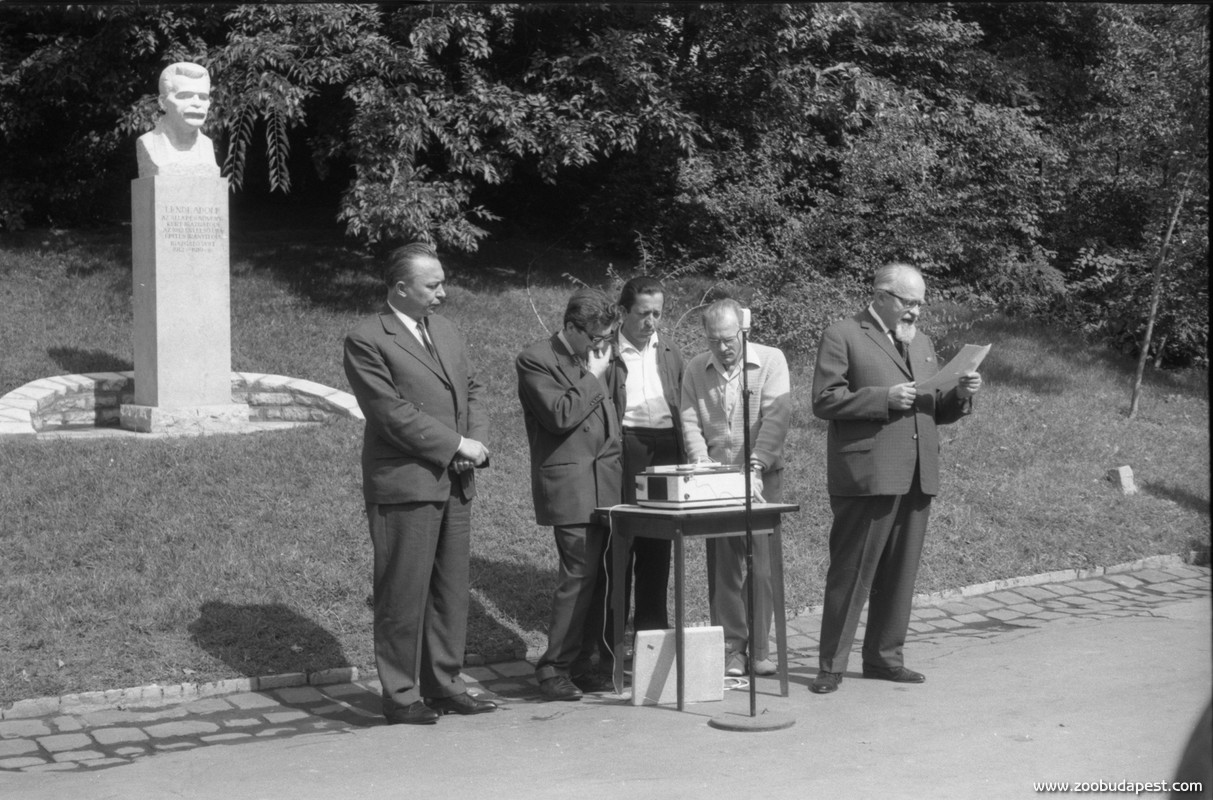 Starting from the main entrance, the first statue on the left commemorates János Xantus who was a pioneer, devoted to the idea of establishing the Zoo, and was appointed as the first director of the institution. The statue was made by Pál Pátzay in 1967 but it was officially unveiled only in 1968.

Further along the right hand side, there is the statue of Károly Serák, who directed the institution from 1873 to 1905 (though from 1903, following his illness, the day-to-day tasks were managed by Géza Lónyay). His statue, made by Péter László, was inaugurated in 1996, concurrently with the opening of the memorial footpath.

The third statue along the memorial footpath is to the left, commemorating the expert direction of the great reconstruction carried out early in the 20th century by Adolf Lendl. This is the only one of the five busts that is not made of bronze but stone. Lajos Petri was its sculptor and the bust was put up in 1965. 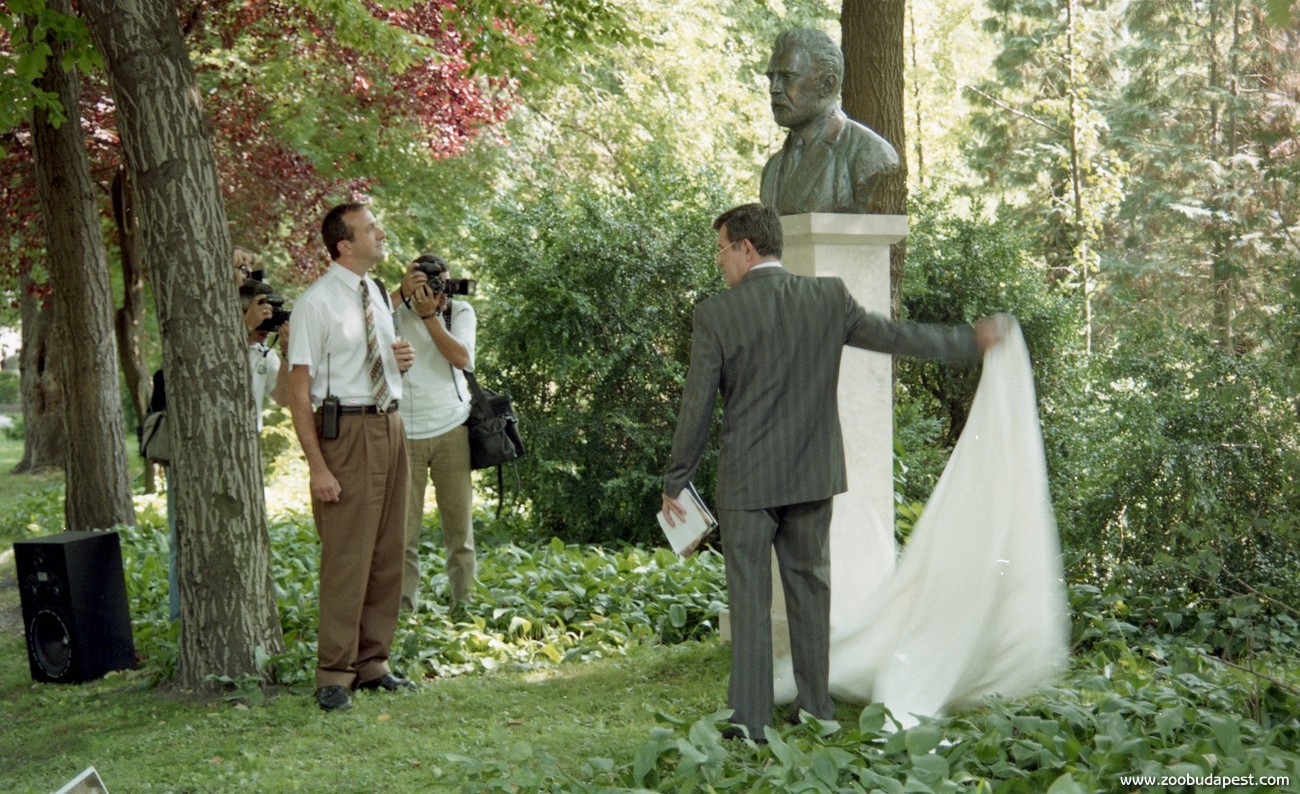 Herbert Nadler‘s statue pedestal reads he was the director who established the international reputation and prestigious rank of the Zoo. And though some of his achievements were destroyed during the war, he was also the one to start rebuilding. His statue, sculpted by Péter László, was unveiled in 1987.

The bust of Csaba Anghi closes the line of statues of the memorial footpath. Mr. Anghi had been working in the Zoo back in the 1930s as well; however, he managed the institution as Director General from 1956 to 1967 (and so the inscription on the pedestal is a little inaccurate). His statue, made by Barna Búza, has been displayed in the garden since 1986.

The last station of the memorial footpath lacks any statues: only a copper plate is installed here, presenting the new era of the Zoo starting after the political transition of 1989.