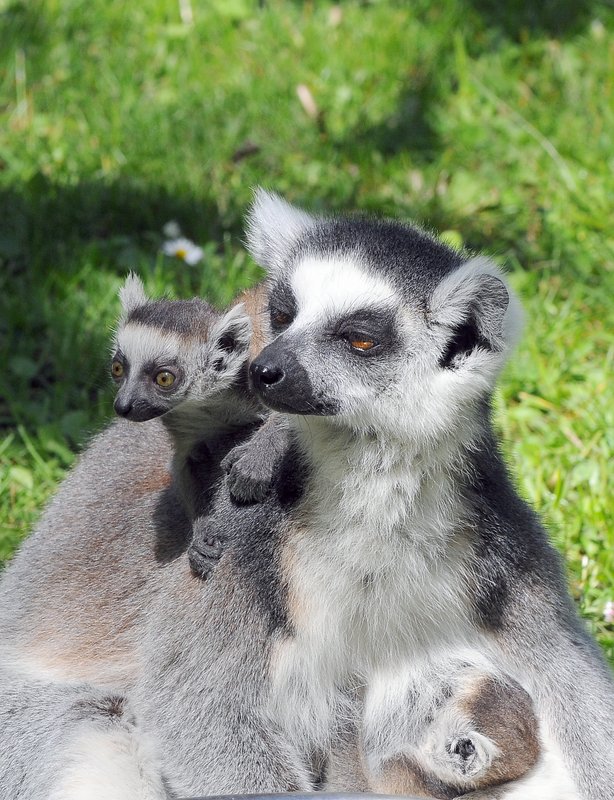 The centre of the Madagascar Zone is the Madagascar House, which originally was built as the monkey house of the zoo in 1912. Since then keeping of monkeys has significantly changed, partly because that the apes got an individual building and partly because presently various monkeys live in many other parts of the Zoo. The Madagascar House itself was opened in its present form in 2010. In the central hall we can move around with many colourful bird-species and the popular ring-tailed lemurs. The building and the belonging yards are the home of many other lemur species, Madagascar reptiles, what's more some other species from Africa but not Madagascar are also presented from the African spurred tortoise to the rare golden-bellied mangabey.

Two smaller, adjacent buildings also belong to the Zone and also the neighbouring open-air yards. One of them is the home of the high population lemurs. In good weather conditions visitors can even go into the yard, practically to the animals.